How to Pick a Lock 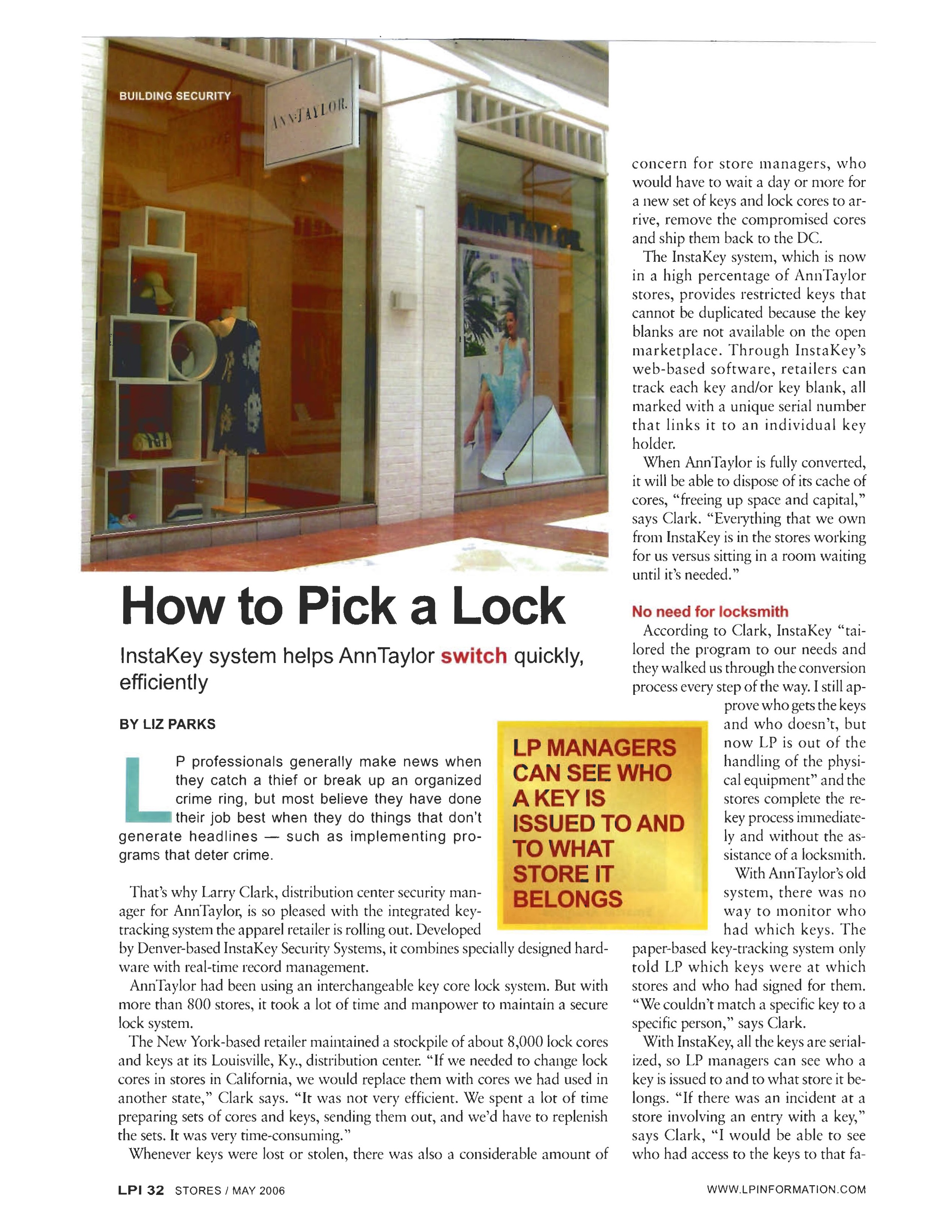 “LP professionals generally make news when they catch a thief or break up an organized crime ring, but most believe they have done their job best when they do things that don’t generate headlines – such as implementing programs that deter crime.”

“That’s why Larry Clark, distribution center security manager for AnnTaylor, is so pleased with the integrated key-tracking system the apparel retailer is rolling out. Developed by Denver-based InstaKey Security Systems, it combines specially designed hardware with real-time record management.”

“AnnTaylor had been using an interchangeable key core lock system. But with more than 800 stores, it took a lot of time and manpower to maintain a secure lock system. The New York-based retailer maintained a stockpile of about 8,000 lock cores and keys at its Louisville, Ky., distribution center. ‘If we needed to change lock cores in stores in California, we would replace them with cores we had used in another state,’ Clark says. ‘It was not very efficient. We spent a lot of time preparing sets of cores and keys, sending them out, and we’d have to replenish the sets. It was very time-consuming.’”