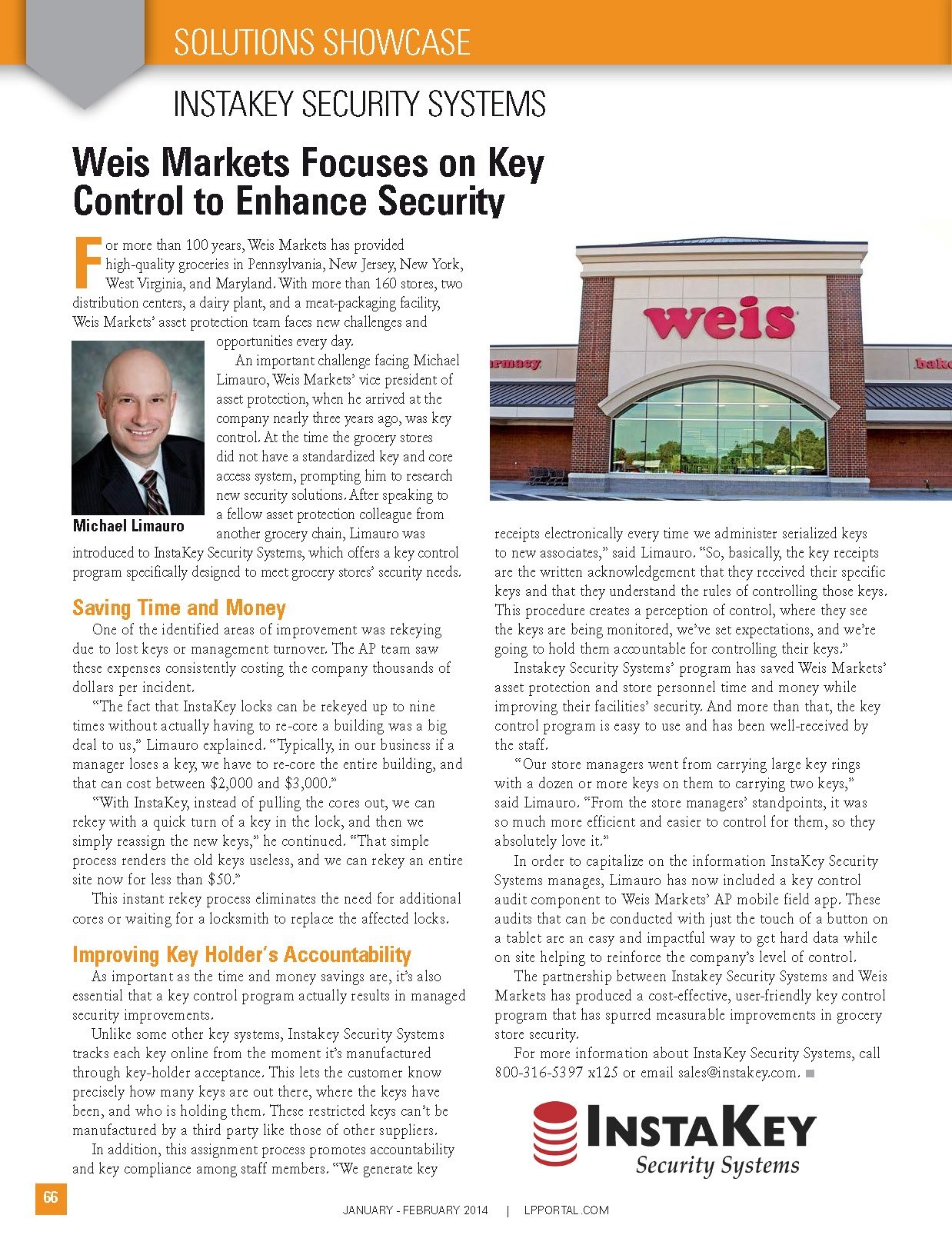 “An important challenge facing Michael Limauro, Weis Markets’ vice president of asset protection, when he arrived at the company nearly three years ago, was key control. At the time the grocery stores did not have a standardized key and core access system, prompting him to research new security solutions. After speaking to a fellow asset protection colleague from another grocery chain, Limauro was introduced to InstaKey Security Systems, which offers a key control program specifically designed to meet grocery stores’ security needs.”

“One of the identified areas of improvement was rekeying due to lost keys or management turnover. The AP team saw these expenses consistently costing the company thousands of dollars per incident. ‘The fact that InstaKey locks can be rekeyed up to nine times without actually having to re-core a building was a big deal to us,’ Limauro explained. ‘Typically, in our business if a manager loses a key, we have to re-core the entire building, and that can cost between $2,000 and $3,000.’”

“’With InstaKey, instead of pulling the cores out, we can rekey with a quick turn of a key in the lock, and then we simply reassign the new keys,’ he continued. ‘That simple process renders the old keys useless, and we can rekey an entire site now for less than $50.’”